In The Sunshine Of my Love For Music

Music and songs are like friends, you keep meeting new ones, some become really close, some you have fights with but patch up over a cup of hot coffee, some grow on you and influence the way you think, some just leave you, and sometimes you just forget about some of them. And then one fine precious day you get just a hint of them and your crazily searching for them remembering them and just wanting their presence right with you.

One such friend of mine is Sunshine of Your Love by the amazing "Cream". I had just forgotten about this classic. Yes that's a crime that deserves the death penalty but the infestation of other classics just wiped this song out of memory for some reason. That's what I thought apparently as a few days back I just happened to to stumble upon that fantastically simple to remember guitar riff.

So it started out with the riff coming to me but the actual song just missing my strain of thought. I searched from all possible ways that I could muster(humming to my phone even, apparently the app thought my taste delved on the Justin "NOT SO MUSICAL" Bieber variety). I did loose all hope of getting to the root of that song.

But browsing through YouTube I stumbled upon the Eric Clapton collection, and behold there was my song, my friend waving his arms in a frantic dash to meet me. That moment was joyous, found a song which moved me many years ago and it was blissfully sublime to hear to that riff once again. The cigarette tucked away on the guitar strings, Eric Clapton playing a little bit of heaven as usual and that fantastic rhythm just making things merrier.

I missed you my friend... 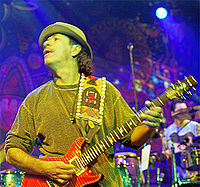 I remember the first time heard a song which still drives me to a state of nirvana, with a very humble title of SOUL SACRIFICE. This song literally defines an entire generation for me. It has that free rhythm and that uninhibited guitar riff with the blast of a drum solo. All the right ingredients to make for a delicious piece of music served with a dash of promise. I may be the only one out there who feels this way but every song has a different meaning to every person.

I wont lecture about this great musician by stating rather boring facts about him, what i want to say rather is how this musician has done his job right through out all these years by touching many people's lives through his guitar. Woodstock is a fine example of what an entertaining musician this man is. The ever so energetic and hypnotizing rendition of Soul Sacrifice at this momentous musical event is by far my favorite performance. Having unfortunately being born nearly 20 years later i would give anything today to have been present for that performance. Magical is the word indeed if we wish to define about his music.

He has a very distinctive style of playing, he has that tasty rock licks as well as the jazz and blues ways of playing. His style is really different from many of his fellow guitarists. I haven't seen anyone really capturing his style today. There are many songs which really translate this, Black magic woman, Jingo, Oye Como Va and the list goes on. 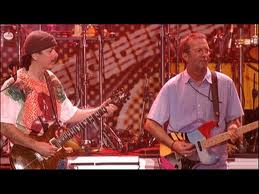 He has also collaborated with a lot of great artists, it was a dream come true to see him and Eric Clapton playing together on one stage. If you haven't seen it yet please go on YouTube and check it out. It is one of the finest fusions of two great musicians. What amazes me is that even after so many years people are still very much into his music. His style has not worn off, he is still loved and adored by many. This is achieved by so few people that it is more than justified to classify them as legends. Yes for me and all the music lovers, this man is and always will be a legend.
Posted by Unknown at 22:01 No comments:

Musical instruments are like friends the more time you spend with them the more you get to know them. This philosophy has really held true for me and my guitar. I know I am really going out of my jurisdiction by posting about my guitar on the same website that i mention about JIMI HENDRIX but this is not about the guitarist in me but rather about the respect that i have for any musical instrument. I have been playing for 3 years now(even though many of you would be astonished by that fact because even after 3 years it seems i just learnt to hold the guitar) and as i have learnt about the music I have learnt more and more about the instrument as well. This experience has really brought great calm and a sense of regard for things. It has thought me to be humble for most part because i have understood what talent and greatness people carry in their pockets yet are never too self indulgent or self obsessed about it. I have been learning and understanding that music is like life, everything has a method and certain patience about it. You never rush into things, take one thing at a time and learn to do the best with what you have. But the most important thing is to never let go of that passion and the determination of learning something new. To all thepeople who love music, my friend says hello.......

I was a small kid when i first heard a music genre which really spelled dance to me. I don't know why but I do know this for a fact the melody driven music of this excellent band really enthralled me to do really uninspiring dance steps. I never realized what impact a band which was formed in 1958(exactly 30 years before i was born) could have such an impact on nearly a generation after. Founded by the coolest guy ever Bob Bogle and  the ever so enthralling Don Wilson. The band was just of two people playing small time clubs and bars. They late recruited George T. Babbitt for drums(the original drummer of the group later replaced by Howie Johnson) and Nookie Edwards for bass(who later on switched places with Bob on lead).
But enough of a history lesson let's talk about their music. Their music was not the conventional music of that era, it was more concentrated and worked upon. It was the first of its type because they created music or tracks with certain themes attached to the. This style of music was unheard of and really gave them an edge over others for a simple fact that people seemed more attached with this kind of approach. If you still listen to it you get a sense of a message or some emotion evoked by it even though the songs don't have any lyrics. This really bought about a change which gave rise to many a new bands which wanted to express their music through this style and channel.
So the biggest accomplishment for this multi-talented group was to inspire people with some of the finest melodies ever built. Quite evident in two of their biggest hits Walk don't run and tequila. The way the guitar flows with the rhythm it seems that words are being sung rather than notes being played. The other facet was obviously what this group is known for, the biggest instrumental band of all times. This prestigious title is well deserved and more so because they never changed their music and always gave what the audience loved them for. This just shows that great bands don't need ridiculous characters but rather good musicians who pay well. Saying this though the group has had it's share of disputes and the ever so depressing fights. But through all that the band survived with a few changes here and there along the way.
What really strikes different about the band from other things is the fact that they conquered one of the most culturally different class of society in Japan. they are huge in Japan and had their very huge tours in the country throughout their careers. this really showed something about music in general, you dont need a language or even a culturally similar stage to understand or love music. Music is not universal, it's personal and always in your heart.
Here i am blatantly copying wikipedia since i am lazy,"Among their achievements in America, in 1963 The Ventures had five LPs in the Billboard Top 100 of the albums chart at the same time. Additionally, they released a series of instructional LPs entitled Play Guitar with the Ventures and Play Electric Bass with the Ventures. Four LPs were released in this series, the first of which reached the Billboard Top 100 Album Chart—an achievement previously unheard of for an instructional LP. In a novelty achievement, The Ventures were the first act to place two different versions of the same song in the Top 10, those being "Walk, Don't Run" (#2) and "Walk, Don't Run '64" (#8)." These stats speak for themselves, but for me this band is not about stats or how many records they sold worldwide(100 million by the way) it's more about the music that they gave us which still brings joy to me and I still wanna dance and tap my feet which is nearly impossible given how aware I am about my dancing skills and believe me there aint no music made that way anymore. So I guess I will still be running, I mean walking to The Ventures.

If you have any comments, please do share with me because this is no speech let's make it a conversation......